Self-taught artist, Hako (Gaston Hako is his real name), still tried a different future. However, he chose the painting and the elements that forged his youth. Holder of a certificate of an auto-mechanic technician, of the primary classes, he can not refrain from decorating his classrooms.

Hako, in fact, grew up under the influence of the art and cultural sources of his country. His father was the first notable of his village and also one of the greatest notables of Cameroon, sculptor, and musician in the Royal Palace.

Created and surrounded by objects of initiation rites: masks, figurines, totems, etc. that his father used, items that are normally part of his works.

These inspirations inserted carefully in his work, make us delve into the magical world of the personages of tales and praises of his ancestors, that border between the sacred and the profane. Hako’s work represents a look at the duality between tradition and contemporaneity and invites us to question the “ashes” of our past to design it and especially to redefine our Africanism. He is looking for a future, he says, right. Whether in drawings, paintings, sculptures, or any other artistic form, your approach and style are recognizable by the unity that emerges in your works. Finally, an artist engaged, he is aware of the deficiencies of infrastructure around him, which made him become an art center: the “IN AND OFF Art Center”. 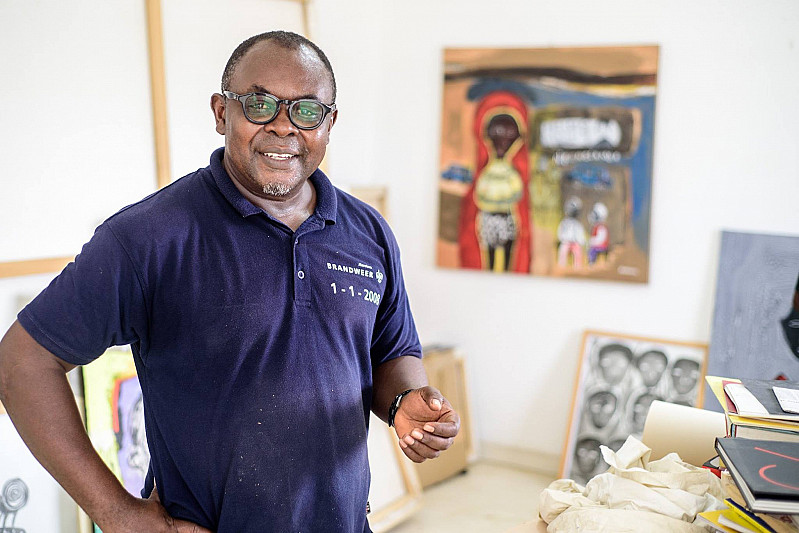 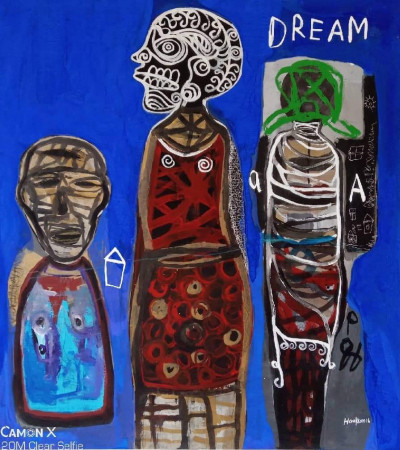 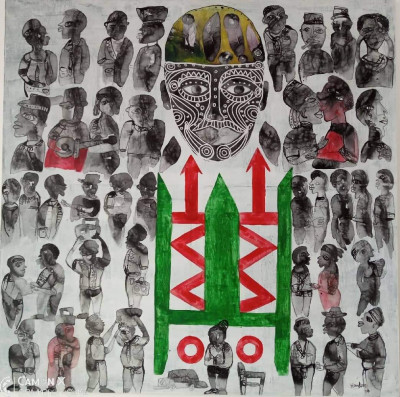 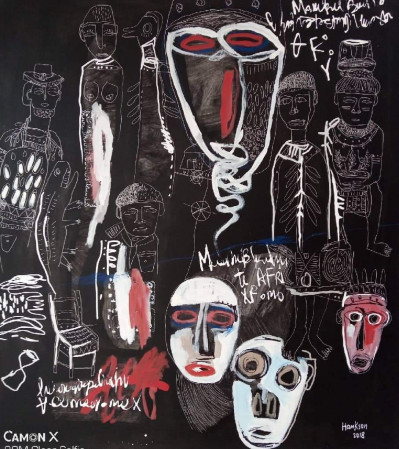 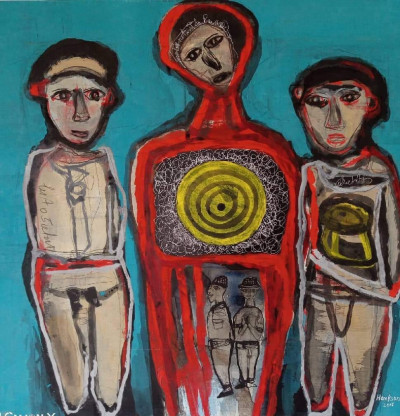 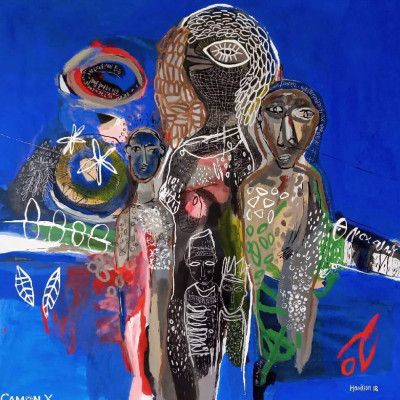 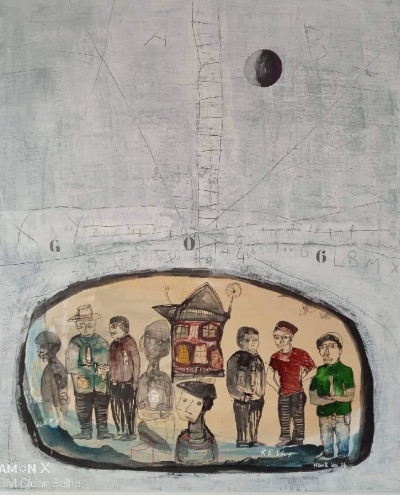 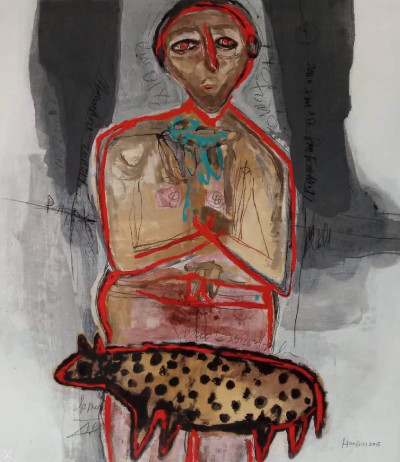 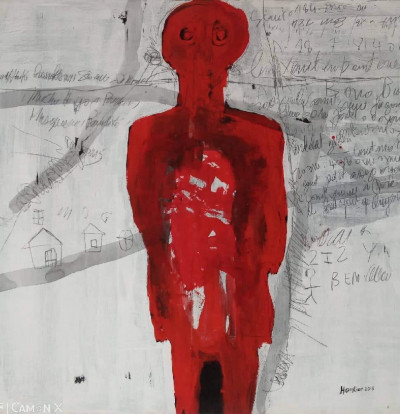