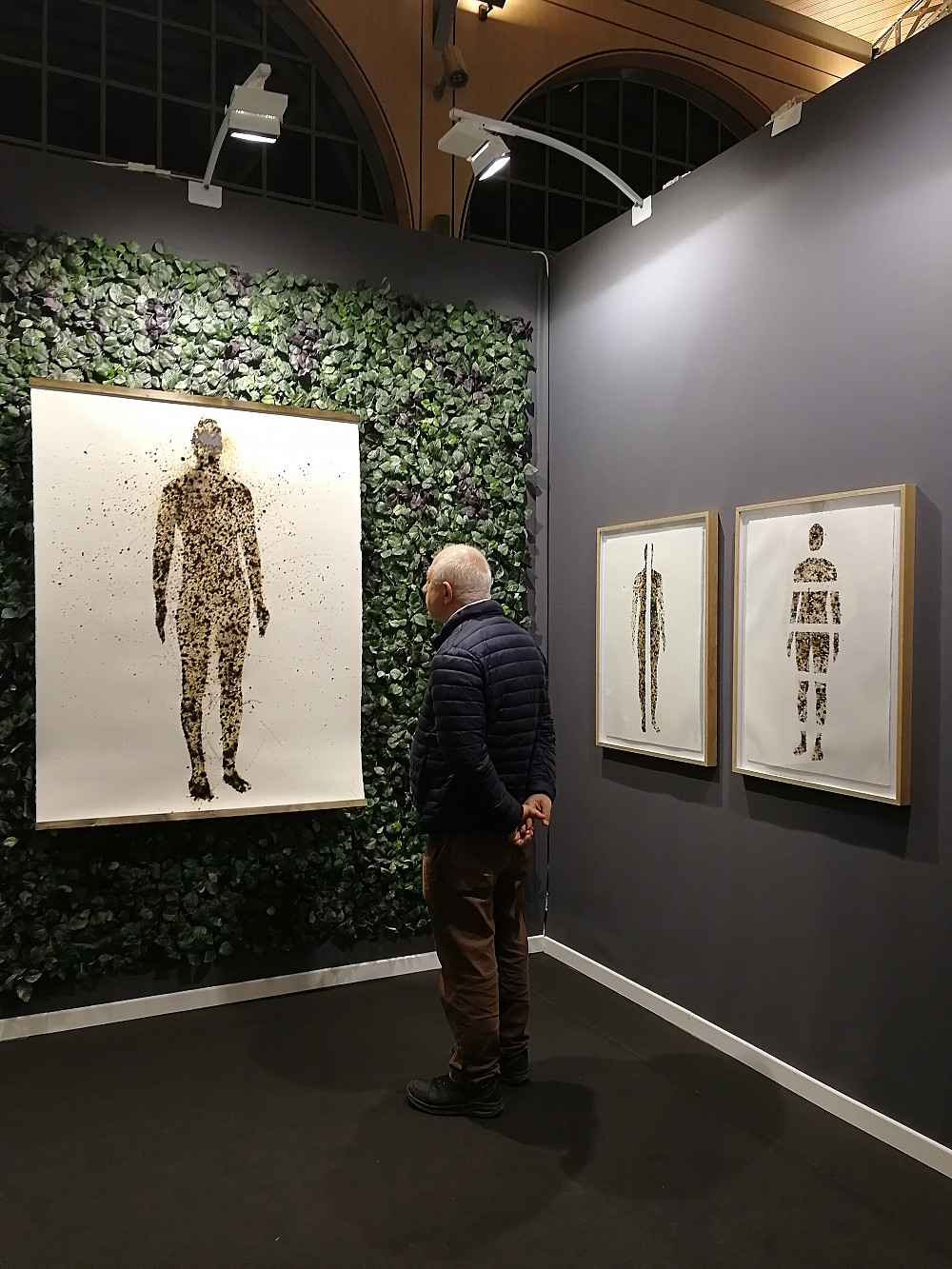 THIS IS NOT A WHITE CUBE art gallery presents “Gardens”, a project by the Angolan/Portuguese artist PEDRO PIRES.

“Gardens” addresses the theme of identity - which has been central in the author's work over the last few years - and proposes a performative approach as an exhibition model, exploring the relationship between performance and installation as a paradigm of a formal transformation of the exhibition space and relational transformation with the public.

Through this model, Pedro Pires confers a participatory dimension to the project to emphasize the importance of the role that the public assumes in the context of his artistic production and in the construction of critical thinking in contemporary times.

At a 3x3x3m cube, Pedro Pires presents two unreleased series of works made on paper, entitled “Specific” and “Universal”; 2 iron sculptures and an installation of monumental dimension, maintained in constant metamorphosis, which configures the epicenter of the project and gives it a name.

Based on a mental game grounded in the notions of reality and artificiality, this set promotes a theoretical reflection on the construction models of individual and collective identity and on how it can be established from the relationship between individuals' physical appearance and their ideals.
//
PEDRO PIRES (b. 1978, Angola)
explores questions about identity and stereotypes in direct relation with education, history, and institutions. This particular interest comes from his own position as an Angolan-born / Portuguese-raised subject, situating his national relationship in liminal space.
The artist explores his identity and political, social and economic position in these two countries and continents, making parallels with other realities. It uses different media, techniques and everyday objects from different contexts that are strongly utilitarian and mass-produced to construct various ﬁgurative and conceptual meanings of identity in different societies.
He creates sculptures – like plastic containers and raﬁa brooms – to industrial metal grinders and paper works where anthropomorphic shapes emerge from partially destroyed material, playing with concepts of destruction and reconstruction. Bodies appear and disappear, paralleling the ways in which identity is fashioned, negotiated, and remade.
He holds a master’s degree in Fine Arts from Central Saint Martins College of Design (London, UK). Graduated (2005) in Sculpture, by the Faculty of Fine Arts of the University of Lisbon (Portugal). In 2004 he was awarded an ERASMUS Fine Arts Scholarship to the University of Athens.
The artist is currently represented by This Is Not a White Cube - Art Gallery which recently produced "PH7", a solo show exhibited at the National Museum of Natural History in Luanda, Angola (2019).
//
http://akaafair.com/en/galerie/this-is-not-a-white-cube-gallery