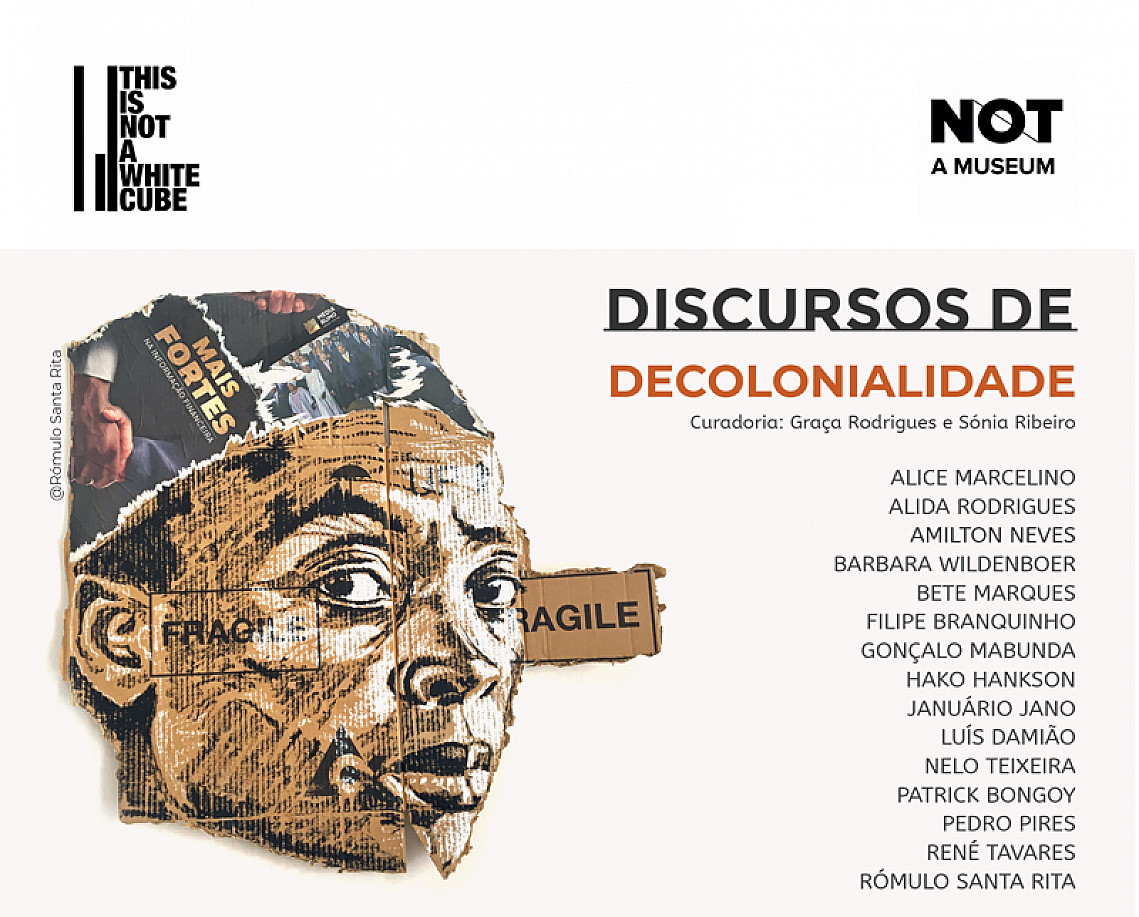 THIS IS NOT A WHITE CUBE art gallery, in partnership with NOT A MUSEUM - ART MEXTO presents the exhibition “DISCOURSES OF DECOLONIALITY”. It will be on display between June 24th and July 31st at NOT A MUSEUM space, in Lisbon (R. Castilho, 3) and can be visited from Tuesday to Friday, from 2 pm to 8 pm, and on other days, by appointment.

The exhibition is curated by Graça Rodrigues and Sónia Ribeiro and includes unpublished works by 15 contemporary artists from South Africa, Angola, Brazil, Cameroon, Mozambique, Portugal, São Tomé and Príncipe and RDC and the Diaspora, and its diaspora, whose practice has consisted over the years on research and project development around the notion of memory and identity, tradition and contemporaneity.

Through this project, the gallery aims to generate a dialogue between countries with a colonial and historic affinity which reflects on the concept of decoloniality and seeks to promote a reflection on how contemporary African and Southern art has been affirming itself on a global scale.

This statement has been verified either through the production of a disruptive discursive position in the context of a postcolonial debate that has remained for decades transversely marked by a certain blind Eurocentrism. A rooted theorization that stems from the processes of occupation and sharing of African territories by the colonizing peoples, which produced a unilateral reading of their influence on the cultural and artistic constitution of the colonized countries.

The exhibition "DISCOURSES OF DECOLONIALITY" is a broad view of the curatorial project developed by This is Not a White Cube for the most recent edition of Arco Lisboa, which, in 2020, given the current context, took place on the digital format.

The project has been expanded and now takes shape into a physical exhibition, which reflects on the emergence of a critical view of colonialism and the importance that the Diaspora - personified in these 15 artists - the curatorial projects, research and the study of documentary funds assume in the production of a renewal of the historical discourse of art in contemporary times. what is the place that the body occupies in our “way of thinking” and how to think violence within we when traditional values are unable?

This is what we seek to try to forget and especially shows that freedom can be invented and manipulated to measure the huge disorder against the supposed result.